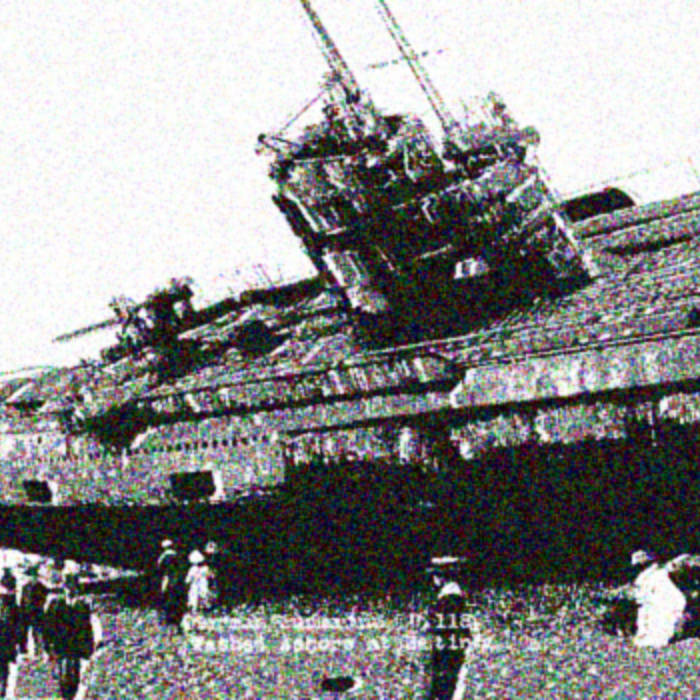 It seems weird it's been 10 years now since I recorded, probably my most epic, and in a way personal album, Sub 2. I remember being a pretty depressed 21 year old writing this album so musically there was lots of F minors, Ab minors & major and D# Minors, though listening back now in 2016 when i'm alright, it doesn't come across as a depressing album, maybe apart from the 'ambient' songs, but never been too much a fan of them, just had to include them on the EP, as it was a part of it all.
it was also the first time i managed to successfully link up digital production with analog production.
for those interested heres what was going on with each song (if i remember):

Naval Class: pretty much the first ambient track I ever wrote, properly, while i've spoken about my dislike for such tracks, i felt at the time it was a pretty grand opening, and sets the tone apart from the happy tones of the first Sub album.
-
SUB22: so finally I could actually hook up the 303 and whateverz with my software and out came sub22 which sounds like a track in style of the first sub album, but on steroids, the mid breakdown was a nod to the track Ultravisitor(4:15) and I guess the portamento lead synth was too i guess. Most of the VST 'sub' lead was from a free Japanese vsti plug in called 'synth1' by Ichiro Toda (www.kvraudio.com/product/synth1-by-ichiro-toda), when I changed from windows to mac i lost the plug in, oh well..
=
SUB DAZE: i think the 'daze' has something to do with Stanley Clarke track School Daze, the more upbeat happy go lucky song out of the album, used a cs80 sintiziser clone with the bassline, also the only 'sub' track that used a break, lyn break and some other one too
-
SUB4YOU: kinda keeping up with the nice feeling tip, not much to say about this one, apart from there is some samba 727 love featured half way thru, 10 years ago i felt i couldn't put a 727 in a track without changing the way the track sounds, on this it felt good.
-
SUB Remember: this track is quite fun, its a TB303 playing at 40bpm, so it took a different mindset to be able to programme it so slow, the reverbs was the SE70 and the BR8, if you listen hard enough you can hear the dry 303 way back in the back of the track, the crackling of the reverb was spinning the jog wheel of the BR8 and going from like 24000ms to 0ms reverb time. while slowly turning up the tempo on the 303, in the end it sounded like a downpour.
-
SUBTerbine: slight italo disco vibes on this one, but in really dark key, while its one of my favs on this album, i did fuck up the production a bit with the 808 kick, it kind of went all floppy instead of hard, maybe the arp bass was too bassy, idk. i like the classic way the lead goes from portamento 'synth1' to bells, as if it give the melody 2 parts, which kinda spaced the track out pretty nicely. in the breaky part the arp bass went from 16ths to 8ths to off then back up off-8-16, went for a turbine turning off and on again, along in the break there is some kind of arp synth going up and down, this bis was just a standard synth just me hammering on my keyboard in the right places then looping it up, wha-la a self arp synth. bringing the 707 in on the fly was a happy accident, lucky it was in time and had an okay beat on it. ;)
-
SUBdepth: another ambient piece, nothing much to say.
-
Subfade: Guitar and Rhodes, perfect combo. unfortunately when i recorded my guitar it picked up the hard-drive of my laptop at the same time for some reason, this song was pretty hard to go from the guitar light feeling at the beginning to the main riff, i couldn't be bothered at the time to record more guitar, so i just fucked it up and reversed it to the main melody. this was for the most part all hardware. has quite an odd structure but it mixes things up a bit.
-
Subwait: this track was 100% software, again using the synth1 and some Ableton stock drum kit, kinda feels out of place compared to the rest of the tracks, i guess apart from the ambient tracks this is pure filler
-
SUBghost: to me i still think this is the best cello sound i have ever used (synth1) the main flesh of the track was an ode to the rza, again some slight production problems the first riff is really crippled and distorted for some reason, but the 2nd melody makes up for it. again i think the cello synth really ties this track together, man.

All Music Written, Produced and Played by Chris Moss Acid

i am chris, i make the dance music.

Bandcamp Daily  your guide to the world of Bandcamp

Featuring Gary Bartz, 5 years of Rhythm Section Intl and an LP of the week by Nicolas Jaar